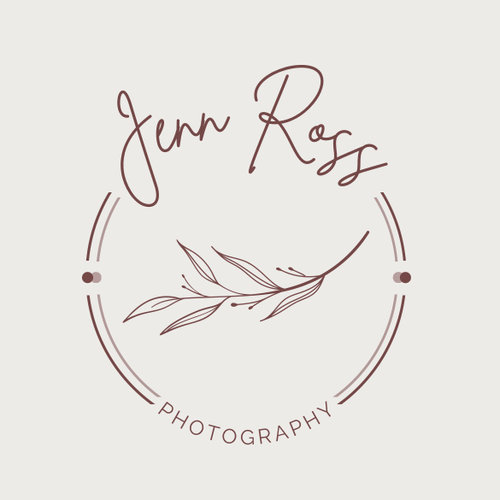 Born in Nashville, Tennessee to two musical parents, it's no surprise that Jenn's upbringing would have her career find its place in the realm  of music. After several attempts at learning instruments ranging from the piano to bass guitar, Jenn realized she had more of an eye for capturing musical moments than performing them herself. At the age of 16, she had a 35mm camera in hand and went to shoot her first festival.

As her passion for photography grew and her love of music remained, her natural talent  transformed  into a skill that landed her an internship in New York City at Atlantic Records.  Having worked with a diverse group of musicians, Jenn has developed a unique style whether she's photographing a live show or a portrait in the studio.

Jenn has received her Associate of Science degree with Honors in Photographic Technology from Daytona State College and  is currently working in central Florida where she can be seen photographing live concerts, weddings and various social and corporate events.

You can see an exhibition of her live music photography, set to be a permanent installment, at the Daytona Beach News Journal Center. Jenn's photos may also be seen in the album packaging of From the Horizon, an album produced by 8x Grammy winner,  Jim Scott. “I hired Jenn to shoot my small wedding, and I couldn’t be happier about the results! She has an extraordinary eye for the environment around her and can really find those unique and special moments.

Jenn was professional and polite while at the same time making sure she got the shots desired (she can wrangle your party guests if needed!). No time was wasted, but we didn’t feel rushed in the slightest. She really let us enjoy capturing the memories - what a lovely experience. ❤️”

“Jenn is absolutely wonderful to work with! My fiancé and I had her do our engagement photos and she’s a delight to be around. Really put us at ease and guided us through the process. Our photos were sent within 72 hours of the session which was extremely impressive and appreciated. Jenn is already booked for my wedding this year and I can’t wait to see her work her magic to capture our special day!”

“Jenn is a true artist with a camera, and her expertise is reflected in all aspects of the process. From the pre-event discussions on expectations on types of shots to capturing the shots you didn't even know you wanted, her professionalism shines through. We couldn't be happier with our wedding photos; they are nothing short of elegant. We're having difficulty figuring out our favorites between so many good shots.

We cannot recommend her highly enough.”

“Jenn is the best! Worth every single penny and then some. The pictures are absolutely beautiful and she captured EVERYTHING! I was so impressed with her attention to detail, Her communication prior to and day of were exceptional. If there was an option to leave her 100 stars, I would!!!”

“My family and I have been lucky enough to be in front of Jenn's camera quite a few times. She is definitely our family photographer and we look forward to every session we book. She's done everything for us from family portraits, first birthday cake smashes, headshots, a yoga lifestyle shoot, to a milk bath maternity session. Jenn always listens to our vision for the shoot while seamlessly adding her own professional touch. Most importantly, Jenn is so much fun and engaging to work with.!”

“Jenn is an absolutely amazing wedding photographer! She's very professional, and so much fun to be around. I hate having my picture taken and am always so awkward on camera, but she gave me such good direction and I can't stop looking at our wedding photos. I definitely recommend hiring her!!!”

“We married twice because we come from two different countries. Jenn photographed both of our weddings-one in Florida and one in Sweden. She was so much more than the girl behind the camera. She helped us relax on both days and captured us in a way that told our story without needing any words. She is the most professional and talented photographer. You are lucky if you can book her. We love this girl so much!!

Much love to you Jenn 💗”

“Excellent communicator, visionary, and photographer! Made us look absolutely stunning on our wedding day. She captured shots that allowed us to focus on each other throughout the reception. But, gave us plenty of shots of friends and family enjoying the evening and celebrating our new family.

She knew poses and views to capture my best features as a plus size woman. She knew how to relax us so our pictures were so natural. I could not have asked for a better experience and would recommend Jenn to others.”

“Jenn Ross is the one for all your photo needs. Her expertise and professionalism is nothing short of 5 star! Trust she knows exactly what she’s doing and watch the sparks fly. We hired Jenn for my dads wedding, my moms wedding, my sisters wedding, my engagement (and yes we will be hiring her for our wedding) and we recommend her to anyone who wants professional quality high end photos. We have a Jenn Ross original photo of us hanging on our bedroom wall and it’s one of the finest pieces of art we own.”

“Jenn is extremely talented! She photographed our baby shower and the first birthday party for our son. Photos came out amazing! We couldn’t thank her enough! And we received them so quickly too. Jenn has such a great personality! She’s very professional and kind. Highly recommend her for any events!”

“Besides marring my best friend, hiring Jenn Ross was the best thing I did for our wedding. She was so easy and fun to work with - not to mention, the end result was amazing. I highly recommend her for your wedding/event - she is awesome!! Thank you and Daniella for capturing our special day!”

“Jenn was very professional and arrived early to take headshots. She tried out various locations and lighting conditions to make sure the best pictures possible were captured. She also had a quick turnaround when editing the photos and the delivery was prompt! I would definitely recommend Jenn to anyone looking for a great photographer!”

“Jenn's photos are amazing! She captured every magical moment in my son's proposal to his girlfriend! The images are stunning! We even had the photos the very next day! No waiting to see her creations! We will definitely be using her again for the engagement photos and the wedding photos! Highly recommend!!!!!!!!!!!!!!”

“Jenn Ross captures experiences in a way few photographers are able to achieve.

Jenn and I have collaborated on several projects over the last few years. She is professional, creative, and dependable. I know that every project will be handled with the utmost care and I look forward to each experience.

We have worked together on mostly music related projects, but I am in awe of the scope of her ability.

—The Marinade with Jason Earle

“Jenn is a fantastic photographer! I’ve seen her work on social media over the years an have always been impressed. Last weekend, Jenn took photos of a show we played here in Sanford. She did an amazing job and really captured the special moments we had on stage. Jenn also cared greatly about the lighting and aesthetic to make sure she’d be able to edit the photos properly, making them the best they could possibly look. I’m very pleased with the results and already plan on hiring Jenn for future shoots.”

“Jenn did a fabulous job capturing pictures of my dogs for some Holiday photos. Not only was she nice and respectful. The pictures turned out amazing.”

“I am writing this from an associate photographer's point of view. Jenn has the experience and the natural-born talent that you look for in a photographer. As a second photographer at weddings, I can ask her to cover something and not wonder if I should get the shot too "just in case". When I'm editing the photos later I see that she got the shot I asked for & went above and beyond. I know that Jenn will treat my clients as they were her own, & make sure they get the highest quality service she can provide.”